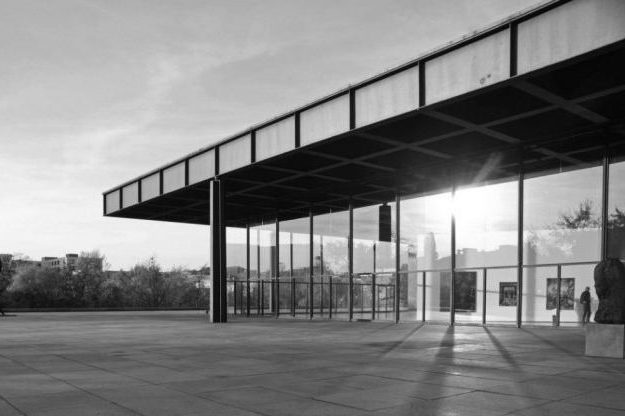 Ludwig Mies van der Rohe is one of the twentieth century’s most influential architects. His most well-known projects include the Barcelona Pavilion in Spain

The purity of his Mies’s architecture is almost surprising in light the diversity of his interests. An auto-didact, Mies studied philosophy and science as well as design. Author Detlef Mertins, spent over ten years researching and writing this comprehensive monograph. In addition to traveling to see the buildings and reading nearly everything written by and about Mies, Mertins also conducted a detailed study of the architectural, philosophical and scientific literature in Mies’s own library.

The result is a lucid text that not only gives the reader detailed insight into all of Mies’s work, but which also explores the variety of ideas that influenced this exceptional figure. The scholarship is rigorous, but the accessible writing and the highly visual, project-by-project presentation also invites those readers who possess an interest in the topic, but who lack detailed knowledge in it. 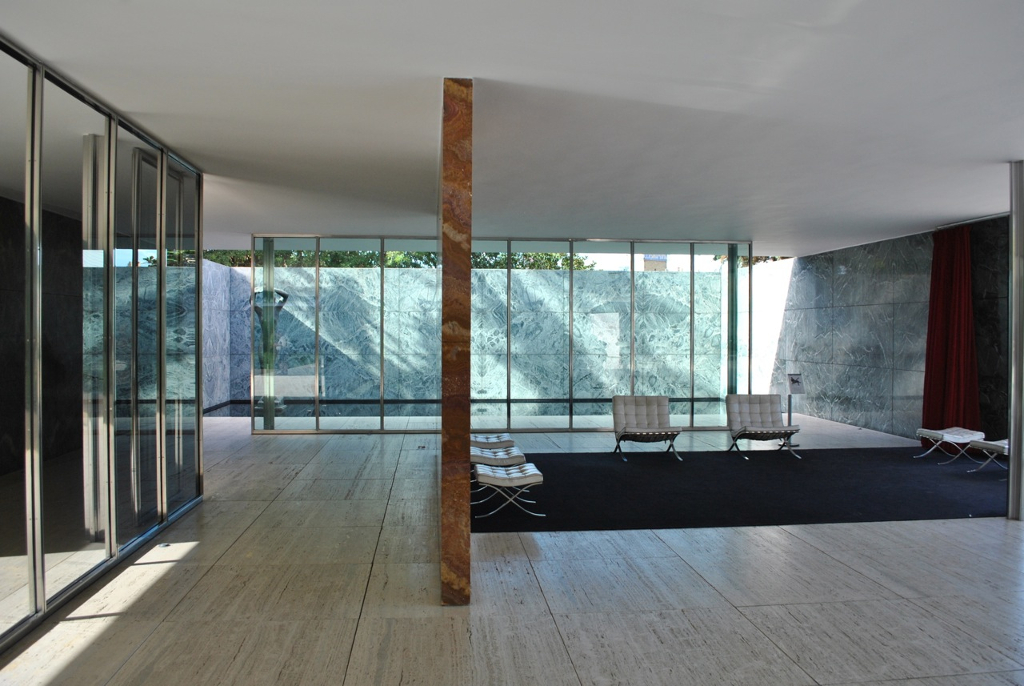 Arranged in chronological order, the book’s five sections and its conclusion offer a synthetic portrait of Mies’s career and reception, spanning sixty years, two continents and two world wars. The text tells a continuous story, however, most chapters focus on a significant work (the Seagram building or the IIT campus), allowing for an in-depth presentation of photographs and drawings; other chapters focus on a specific event in Mies’s life (such Mies’s time as the head of the Bauhaus).

All the important buildings are presented through photographs, drawings and diagrams, showing the innovative structures, fine details and material richness that distinguish Mies’s work. In addition, many pieces of art and architecture that influenced Mies are also illustrated as well as being discussed in the text. 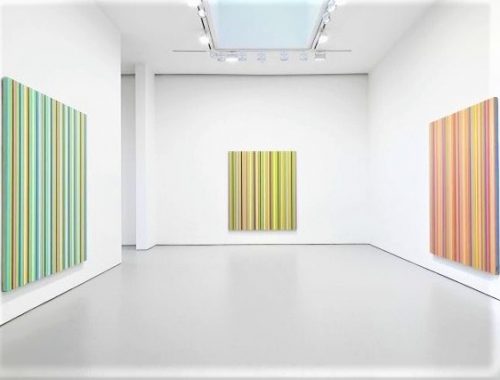 LINES, WAVES AND STRIPES _ THE ICONIC WORK OF BRIDGET RILEY