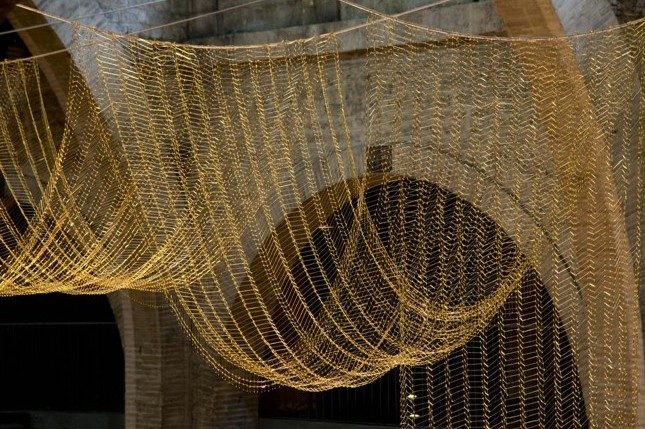 Patterns, structures and the choreography of movement – these are some of the key features of Leonor Antunes‘ body of work. Within these parameters she often references the heritage of modernism with geometric forms and material alluding to architects and designers of the early to mid twentieth century – like Eireen Moray Gray or Lina Bo Bardi.

Antunes appreciates the haptic potential of art and is particularly attentive to the elegance of the handmade, using textures and techniques that often relate to the distinct contexts in which she works, including those of her native Portugal. 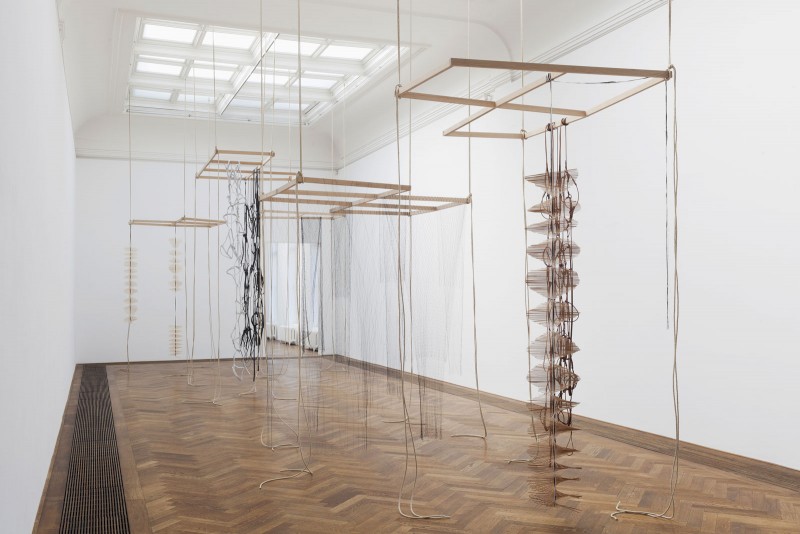 Signature materials used by the artist include cork, leather, brass ropes, and nets. Mathematics, measurement, and the beauty of specific scales and proportions, inform her practice. Her installations are always in dialogue with the spaces in which they are situated, sometimes taking up elements that are to be found in the room, sometimes including its proportions in the design process when developing a new in situ work.

Two women who died in the last century are prominently cited by the artist as being inspirational for her work: Bauhaus-trained textile artist Anni Albers and the filmmaker Maya Deren, best known for her experimental works from the 1940s. 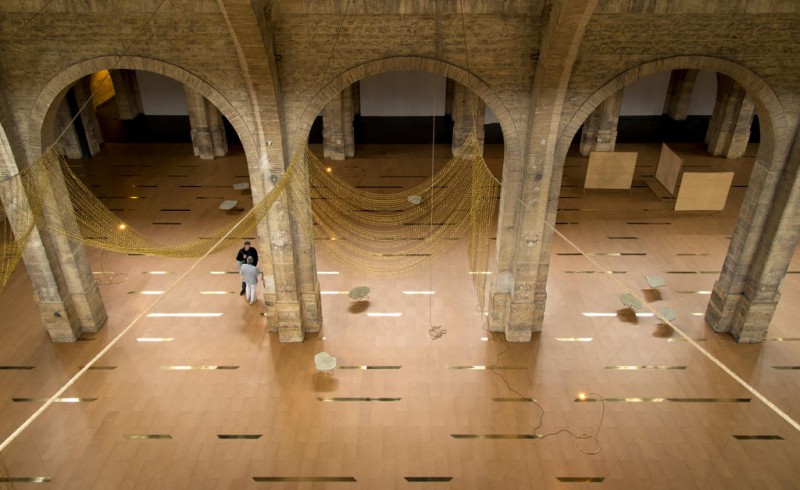 Anni Albers for instance shines up in a series of nets Antunes made from brass wire which is echoing Albers 1948 hand-woven linen “Tapestry,” a work that joins the Modernist grid to sources from the ancient Americas. Also a leather and cotton work hanging from the ceiling, and the cork and linoleum floor installation “discrepancies with A.A.”, nod to Albers in their emphasis on handcraft, pedigree and unexpected use of materials.

Likewise, the artist’s deep engagement with native and ancient craft traditions, and her insistence on the work of the hand, is demonstrated through her use of natural material. Engaging directly with both the site of exhibition and the viewers’ bodies, Antunes has created a densely choreographed series of meticulously handcrafted objects that find sculptural form as vertical or horizontal demarcations in space or as woven, transparent nets and grids. 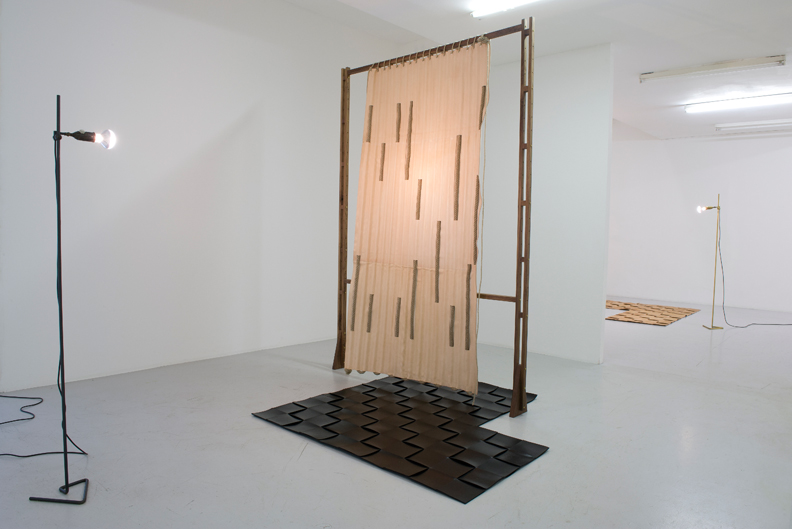 Dividing and subdividing the rooms they’re situated in, the installations explore a plot of transparency and concealment as well as an encounter between an intimate space and a public stage –  revealing a visitor’s every movement. 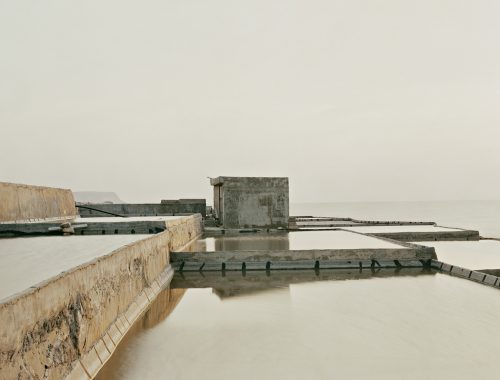 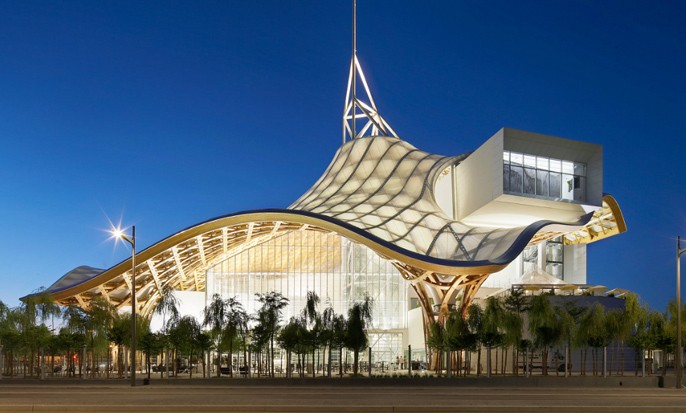 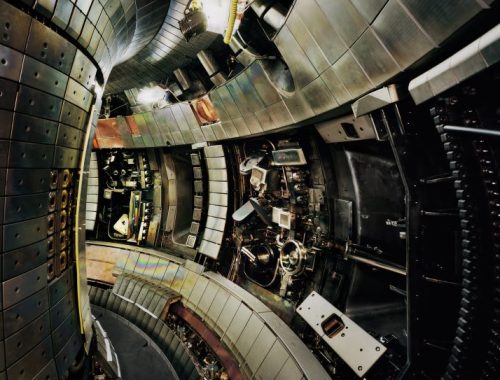